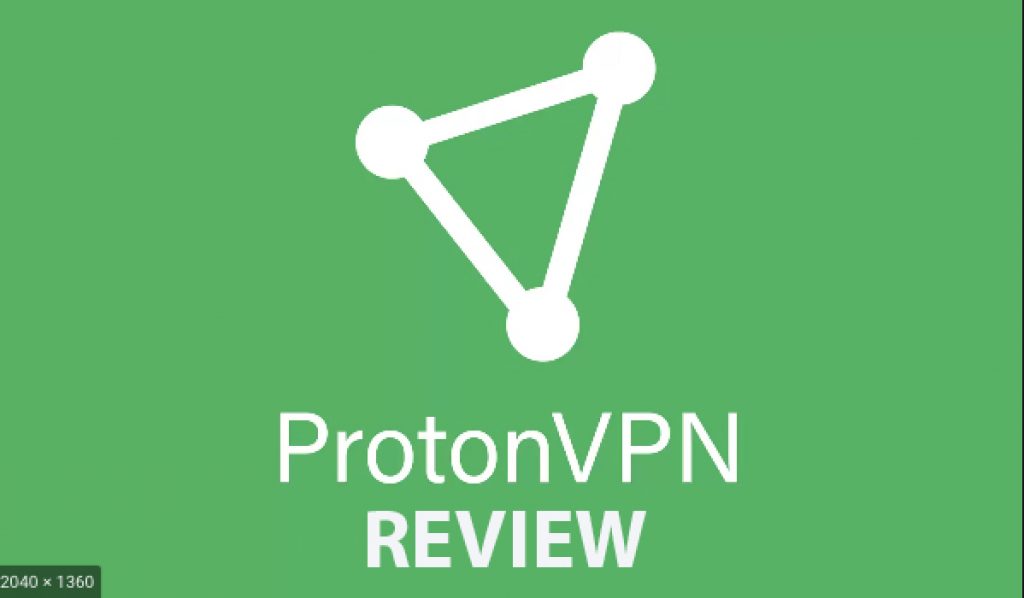 Proton VPN claims that their VPN is free because they believe “privacy is a fundamental right.” Eh, not sure about all of that. Sounds like a pretty moral pitch more than reality. Proton VPN does offer a top tier free VPN solution. But it also offers paid subscriptions that make the company money.

Proton VPN is Swiss-based, which gives you peace of mind in relation to government subpoenas, etc. Proton VPN remains outside of both the EU and US jurisdiction. This is a very big deal and helps further protect your data and online identity from government overreach. The company also has servers in Iceland and Sweden.

They use Swiss fallout shelter located 1,000 meters below the surface for their main servers. That sounds fancy, not sure if it’s helpful, but it’s sure exciting to read!

As this Proton VPN review will show, the free VPN solution is very good, but you’ll need to pay if you want some more desirable features.

Proton VPN is a fully loaded VPN that works to protect your data and privacy across all your main devices. It offers a free starter membership that allows a limited experience, albeit very good experience if you don’t want to pay a dime. The free version’s big claim to fame is that it has no limits on data usage, so hooray on that!

Proton VPN acts as a layer between yourself and the entities you surf online. Proton VPN acts on your behalf by concealing your IP address and your personal data. If you land on a nefarious website looking to scam you, Proton VPN makes sure they don’t see where you are, your IP, or your computer’s data.

Proton VPN uses OpenVPN UDP/TCP and IKEv2. Which one depends on whether you are using a Mac, Windows, or Android device. I’d like to note that it doesn’t leverage the popular WireGuard like some a couple of our other top VPN solutions. That said, Proton VPN covers the basics when it comes to protocols. Its nothing to write home about, but it gets the job accomplished.

Proton VPN connections are rather stout. They claim 10Gbps. In my findings, I didn’t lose much at all once I turned on Proton VPN. Whether that exact 10Gbps claim is true, I’m not sure. But my experience definitely felt rather speedy. I lost maybe 5% total of my core Internet speed with Proton VPN turned on.

Proton VPN will protect your computer from egregious network attacks. Your traffic is ported through various connections, so it's impossible for any attack to sling in your direction. Your IP is completely hidden behind Proton VPN technology.

Proton VPN ranks rather average in this department as well, which isn’t a big deal. You’ll get access to 51 countries, over 1,000 servers, and 1,183 gig capacity.

Your network traffic encrypts through AES-256, key exchange while you are online and Proton VPN is turned on. Additionally, Proton VPN utilizes Perfect Forward Secrecy, which insures your information can’t be decoded at a later date.

When it comes to security, Proton VPN hits all the main points. While their system may not feel fancy, the backend lives up to a high standard of security, which is the desired core competency of any VPN.

Proton VPN doesn’t track log files or store them. Their apps are open source and they have a frequent auditing process by a third party that holds their feet to the fire on this claim.

All DNS queries are ported through an encrypted tunnel, so they can’t be leaked out.

Proton VPN uses a kill switch. If the Proton VPN connection craps out, network traffic is blocked so that you and your IP can’t be exposed. If you select the feature called “always on,” Proton VPN automatically acquires a new safe VPN connection. So it’s all rather seamless and you are protected the entire time during any lapse in VPN connectivity.

You can safely access dark web sites through Tor support.

Proton VPN offers a free VPN subscription as well as a number of other options. 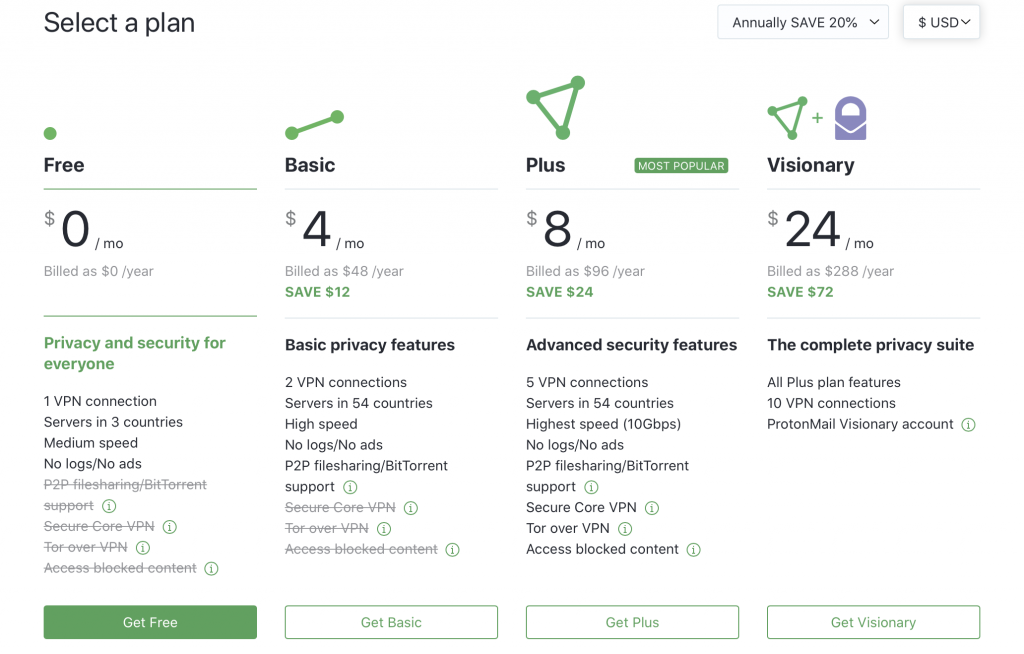 Proton VPN is one of the best VPN services around, particularly in the competitive free VPN vertical. Its not fancy, but it’s attention to security and privacy make it one of the most comprehensive VPN solutions out there. It’s based in Switzerland, allowing it to exist outside of draconian US or EU policies and reach.