Surfshark almost always has a “deal” running. There’s a clock ticking down for you to take the deal or it's gone forever. Well, methinks it’s always running and the “deal” happens to be Surfshark VPN”s regular pricing.

Hey, nothing wrong with marketing prowess. Let’s dive into our Surfshark review and see what it’s all about. 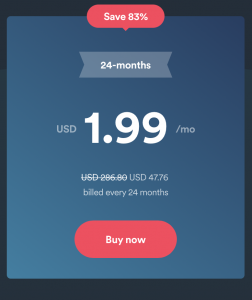 In terms of major pros, Surfshark VPN allows for unlimited connections. This is a huge benefit for someone who may need to protect a lot of personal and/or business devices. The average connection allowance for any of our best VPN services tends to be between 6 and 10. Unlimited is unheard of. But in the end, do you really need more than 10 devices protected? Maybe if you’re a large family or a company, this works well. Again, it all comes down to what you need personally. It's a big benefit, that's for sure.

But there is more to Surfshark than just unlimited VPN device protection.

While Surfshark isn't as well known as some of our other best VPN clients, it's a rising star that can't be denied it's place as our top VPN. Popularity only goes so far and as Surfshark consistently shows, it's all about the quality and speed of service. Surfshark has both of those in spades.

Surfshark's latest deal has turned a lot of heads. It's lived up to the hype.

Surfshark is a pretty basic VPN service, not a ton of bells and whistles, but hey, it’s affordable and does the job.

Surfshark comes with a default ad-blocker which eliminates companies from collecting your data for ad retargeting purposes. This can also help speed up your web browsing experience.

For unblocking, Surfshark allows for 15 Netflix libraries. Remember, Surfshark is a cheap VPN, so you aren’t getting the whole unblocking enchilada here. You are saving money, though.

Surfshark runs at comparable speeds to whatever your ISP connection already runs. That's great. I noticed very little speed loss when turning on Surfshark VPN over my home Internet. Clearly, if you are in a cafe and that connection is slow, Surfshark, like every other VPN, won't save you. If this confuses you, please read our what is a VPN guide and learn more about how VPN clients work.

Surfshark Offers OpenVPN for Windows, Android, IOS and Linux devices. In my opinion, OpenVPN is the best VPN protocol there is. So this is a huge win for Surfshark. Your protocol can make or break your speed and VPN efficiency. An archaic, less-sophisticated protocol is essentially a highway with tons of potholes in it.

But alas, Surfshark does not yet use Wireguard protocol, which many others consider the best. The thing is, OpenVPN and Wireguard truly run neck and neck. Is Wireguard where the future of VPN protocols exists? Maybe? Probably? The important takeaway here is, you simply won't miss Wireguard if you use OpenVPN, and vice versa.

As it stands, Surfshark has servers in 64 countries. That's good. It's not the best, but for the average VPN user, you won't need anymore than 60 countries.

What more could you possibly need? 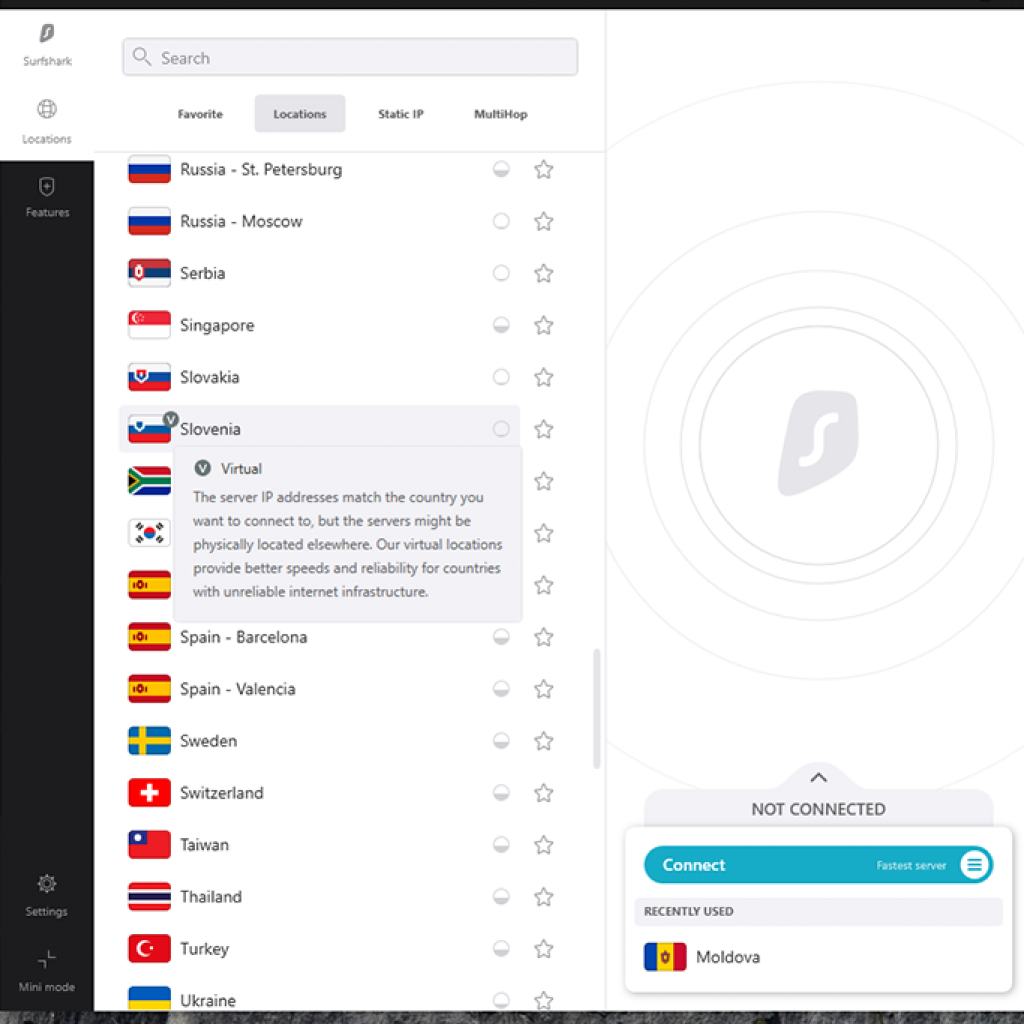 It's important to keep things in perspective. Sometimes, big numbers are merely marketing fodder. Surfshark covers a lot of countries around the world, including in Africa, Asia, Europe, and of course, the United States.

Some of Surfshark's servers are of the virtual nature. The good news is, those virtual servers (Chile, Costa Rica, Slovenia, Albania), which are technically hosted in the Netherlands, are clearly labeled. They aren't hiding it. Its four countries with virtual hosting. Virtual hosting isn't a big deal. Some VPN services don't disclose when they use virtual servers so as to inflate numbers. With Surfshark, most of their servers aren't virtual and the few that are have labels. Its all you can ask for.

Surfshark leverages 1,724 total servers. The biggest VPNs, such as NordVPN, breach the 5,000 mark. But they also cost more. 1,700 servers is a quit a bit. Again, it all comes down to need and personal preference.

Remember, this is all about VPN protocols. If a VPN is shady, they can't do all the same damage that your big box ISP can do. According to Surfshark's terms of service and privacy policy, they don't save IP addresses or browsing history.

Surfshark uses memory-based servers, this means hard drives should not exist. This is further consumer privacy protection because without hard drives, you can't store data. The data all swirls in memory like bubbles in the air.

Surfshark is located primarily in Germany, the UK, and Cyprus. We always prefer our VPNs be located in countries out of reach of international litigation.

If you are new to VPNs, split tunneling may sound like a big scary fancy techie word. But it's a pretty simple concept to understand. You can select which apps you want to dismiss the Surfshark VPN. In other words, maybe an app you use disallows VPNs. Or for some reason, you want your location data to be accurate with an app for functional purposes. With split tunneling, you essentially white list those apps you want to disregard the VPN. Split tunneling is a major VPN benefit.

For example, a financial institution may not allow you to login to their site while on a VPN. There are lots of cases whereas split tunneling is helpful. You may not think you need it now, but later on, it could be a major, critical need.

It should be understood, Netflix blocks VPNs. When you use a VPN to conceal your authentic IP, you gain access to streaming content you'd otherwise not get. This is called Unblocking. And for a VPN, it's a major benefit.

With Surfshark, you can unblock Netflix without any issue. You'll be good to go with streaming at least 15 Netflix libraries.

Surfshark Pricing – Good Deals All Around

$1.99 a month. That’s the hook. Every Surfshark pricing plan is a winner, but the longer you subscribe for, the better off you are. With a 30-day refund policy, it's difficult to go wrong.

In terms of comparison pricing, Surfshark is competitive. They are neither cheaper nor more expensive on average than your competition. So it's imperative to look over the finer details in terms of what you get. For example, unlimited connections. If you need to protect more than 10 devices, Surfshark is likely to save you money. You won't need to “add a device” to your VPN account as many other VPN clients may require. This is especially important for gamers who may have a couple of units, smartphones, TVs, etc.

Surfshark is an average VPN service. In the end, it’s cheap VPN price along with unlimited logins are the primary catch for consumers. When you account for both of those factors, Surfshark is a clear best VPN. 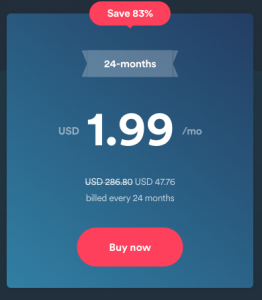 For customers
For vendors
VPN Information
Sign Up for Weekly Newsletter

Get the latest offers and updates from the Best 20 Newsletter!