VPNCity is a cheap, but quality VPN experience that helps those on a budget conceal their identity. While VPNCity doesn’t have a splashy interface or all the bells and whistles in privacy protection that say, NordVPN does, it does a good job for those who don’t want to pay a lot for a VPN.

VPNCity is a ‘to the point’ VPN experience. They don't’ sell you on pretty interfaces, just basic web surfing privacy. It's easy to set up even for first time VPN users.

VPNCity is not only a cheap VPN, but it also allows for 12 connections. Even the best VPN services we have don’t usually provide more than 10 connections. So given VPNCity’s low-cost subscription already, it's even a better deal if you have a big family or network.

This is a company that doesn’t make massive claims. Most of their marketing plays to the “you’re IP is exposed” verbiage. They aren’t wrong. But it just means they don’t have flashy marketing campaigns that rely on big benefits beyond basic privacy.

VPNCity has lots of plans, but I’m only going to focus on the relevant one. Their core plan is $71.76 for 2-years. They will show you lots of red discounts to get to this price. But all in all, marketing tactics aside, this is their main price point. It’s a cheap VPN, as we stated. If you were to consider any other plan, the “cheap VPN” factor loses its luster. 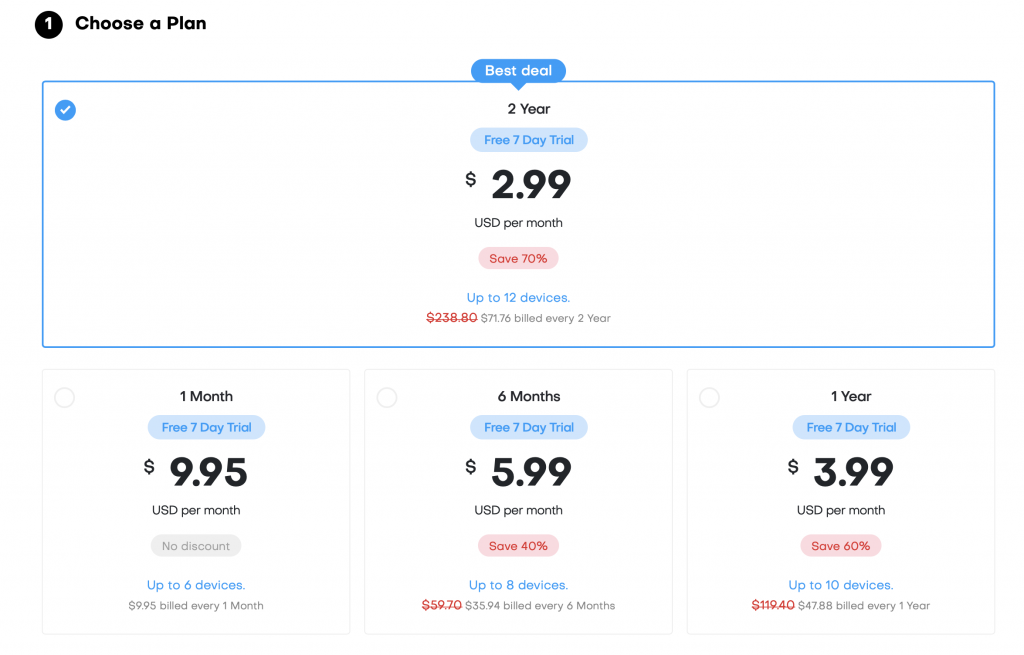 VPNCity is a cheap VPN that does the basics when it comes to protecting your online identity. Don’t expect tons of bells and whistles, just basic privacy protection at an economic and affordable price point. If you don’t want to spend a ton, VPNCity is a good option. It's also very easy to use.